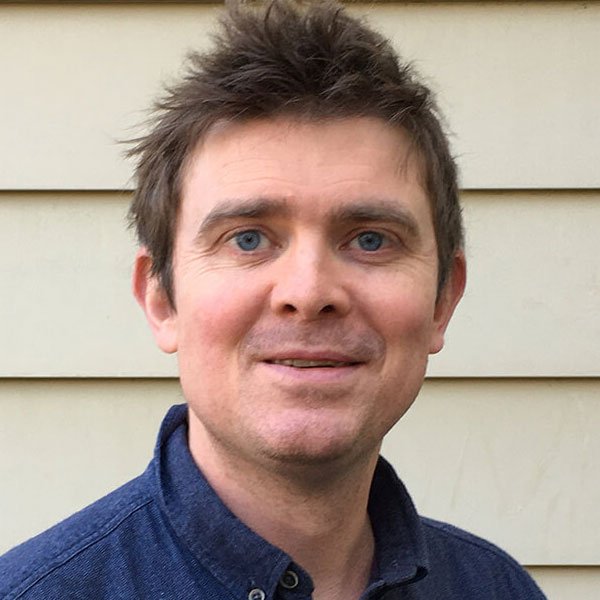 An international news website attracting millions of visitors was launched with the help of the Tobacco Harm Reduction Scholarship Programme (THRSP). Led by its founding editor-in-chief, Will Godfrey, Filter’s mission is to advocate through journalism for rational and compassionate approaches to drug use, drug policy and human rights. And, right from its inception, tobacco harm reduction (THR) has been fully integrated into the online magazine’s vision.

One of the first cohort of Scholars, Will was previously the founder and editor-in-chief of The Influence, covering drug policy and related areas. He had also founded and run the harm reduction-oriented news site Substance and served as editor-in-chief of the addiction-focused site The Fix. During his time in these roles, Will had covered tobacco harm reduction, but he was keen to learn more about the field and when he heard about the THRSP he jumped at the chance to take part.

“Tobacco harm reduction was always going to be an important subject for Filter, so when a number of my colleagues in the drug policy and harm reduction world told me a new THR scholarship programme was being launched by Knowledge•Action•Change (K•A•C), I was instantly interested. Then, after looking at what K•A•C wanted to achieve with this new venture, it was clear the THRSP was completely in line with what we were planning for Filter, so I applied and was lucky enough to be accepted.”

A few months later, in the summer of 2018, Will attended his first Global Forum on Nicotine (GFN) conference in Warsaw as part of the Induction Programme and it proved a formative experience. “It was lovely to meet lots of new people from all over the world who were approaching this field from completely different perspectives. Talking to the other Scholars about their experiences and expertise was really inspiring and we had knowledgeable external speakers present to us as a group. We also got to meet K•A•C Directors Professor Gerry Stimson and Paddy Costall whose enthusiasm for tobacco harm reduction was infectious. My time in Warsaw really cemented my pre-existing desire to cover this field and I left feeling much better equipped and supported in doing so.”

Filter went live in September 2018 and the funding Will received from the THRSP helped his publication to boost media coverage of tobacco harm reduction. “A lot of organisations focus on illegal drugs, as well as alcohol and pharmaceuticals, but tobacco is often forgotten about. I think that’s wrong. If you care passionately about drug policy reform and harm reduction, it’s essential to understand the biggest cause of preventable deaths in that group is smoking. It’s very clear to me that in a situation where there are 8 million smoking-related deaths a year worldwide, the absolute priority is reducing that number through the provision of, and access to, harm reduction options. Nothing should be a higher priority than that, which is why I always felt it was critically important for Filter to play a role by sharing stories about THR. That is one of the ways we can empower people to make informed decisions about their health and save lives.”

All of the Scholars who have been part of the THRSP have benefitted from the support of a community of like-minded THR advocates and Will has been able to call on that network during the last four years. “Given the nature of my project, a really pleasing way of collaborating has been for other Scholars to contribute to Filter, and a few of them have written for us a number of times, including Samrat Chowdhery and Lindsey Stroud. It means a lot to me to have been able to give platforms to other Scholars, but the impact of the Programme has been greater than just the stories themselves. My fellow Scholars have connected me with new contacts, including many who have either gone on to write for us or have become valuable sources. This has given Filter a much more global outlook with people from all over Africa and India creating stories for us about the status of THR in their countries. I know that we would have had a lot less international coverage without the THRSP, so that’s been a very big benefit.”

Alongside his role at Filter, Will, who is originally from the UK but is now based in New York, went on to complete an Enhanced Scholarship. While his first project had helped him to bring in freelance journalists to explore tobacco harm reduction and increase his personal knowledge of the field, his second aimed to support Filter’s coverage of THR in Asia. “I was keen to focus on Asia for a couple of reasons. Firstly, it’s an enormous region, both in terms of the size of its population but also the vast number of cultures and jurisdictions within it. Secondly, I was interested in the wide range of approaches to tobacco harm reduction that can be found there. Asia provides examples of some of the most innovative THR scenes in the world, such as Japan and South Korea where heated tobacco products have massively and rapidly decreased cigarette sales. But, at the same time, it’s home to countries like Thailand and India where prohibitions on vaping have severely restricted access to safer nicotine products in places where huge numbers of people smoke tobacco. To bring more awareness to what was happening in this region, we put together a series of articles concerning THR in Asia which vividly illustrated some of the wider issues at play as well as the different legal and cultural circumstances that continue to affect millions of smokers, including those who want to quit.”

After the success of Will’s two projects, he was invited to become a Mentor for the fourth cohort of Scholars. As well as supporting Claudio Teixeira in Brazil to develop a podcast series about THR, he has also mentored Filter’s THR Fellow, Kevin Garcia. Will has built strong relationships with both Scholars and he would urge anyone who is tempted, to apply to the THRSP. “First of all, the people who run the Programme are knowledgeable, supportive and will help you however they can in order to develop your THR interest. Secondly, the opportunity you’ll have to interact and collaborate with other Scholars will greatly boost your knowledge of, and your contacts within, the tobacco harm reduction field. Thirdly, through your attendance at GFN, you’ll be able to expand your networks further still and the sessions at that conference are just goldmines of ideas and information which have been invaluable to me over the years.”

As one of a small number of THRSP graduates who have gone on to become both Enhanced Scholars and Mentors, Will says he will always feel thankful to have formed such a lasting bond with the THRSP. ”I know from my experience that the Programme is not one of those things where they help you for a few months and then wave goodbye. When you enrol with the THRSP, it’s the beginning of a deep and ongoing relationship with K•A•C and your fellow Scholars. I know that my own work in THR would not have achieved anything like the scope, depth and scale that it has without this Programme. I can’t recommend it highly enough and I want to express my gratitude to the team at K•A•C for making all of this possible.”