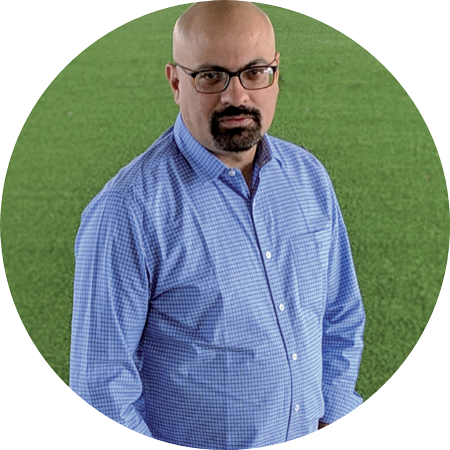 The potential for safer nicotine products to help India’s smokers and smokeless tobacco users has been demonstrated in a pair of studies carried out by Samrat Chowdhery. As well as showing vaping offers a viable alternative for the country’s 100 million bidi smokers, Samrat’s work also suggests that snus could encourage India’s 200 million smokeless tobacco users to switch from harmful traditional products that are linked to 350,000 deaths annually.

India accounts for roughly 10% of the world’s smokers and each year nearly one million deaths are attributable to tobacco smoking. In 2019, the Indian Government banned vaping and heated tobacco products, but Samrat’s research offers a tantalising glimpse of the potential for tobacco harm reduction alternatives in the country should this legislation be overturned in the future.

Prior to his scholarship, Samrat was a founding member of Association of Vapers India (AVI), a consumer movement advocating for tobacco harm reduction. The group had a particular focus on users of bidi, the most commonly smoked form of tobacco in India. Bidi is a low-cost, unfiltered smoking tobacco made from hand-rolled leaves and it is responsible for more than 80% of tobacco deaths in the country. Bidi smokers tend to come from predominantly rural and low-income groups with little access to healthcare and Samrat was looking for a way to help these populations transition to safer nicotine products.

“. When I first heard about it, I immediately put in a proposal and was delighted to be accepted. For my first scholarship, I set out to evaluate the feasibility of vaping as an alternative for India’s bidi smokers. I also wanted to dispel the myth that vaping, or electronic nicotine delivery systems (ENDS), would only work for higher income groups due to the costs involved. So my project set out to demonstrate that vaping could be used to transition smokers away from bidi effectively and that it could also be affordable.”

At the beginning of the development phase of his project, Samrat worked with liquid nicotine manufacturers to develop the product. Most liquid nicotine is made to suit the Western palate and research has repeatedly revealed the importance of flavours in encouraging smokers to make the switch to vaping. The manufacturers therefore helped to make a bidi flavoured liquid that would be familiar to the participants of the study. He was also able to establish that the combined cost of the devices and liquids actually made vaping cheaper than smoking bidi. He enrolled 130 bidi smokers on the outskirts of Mumbai and was thrilled by the results.

“ They weren’t simply transitioning from bidi use to vaping. Instead, they would use vaping whenever they got the urge. They would take a few drags but they were actually quitting both products. That was a wonderful but unexpected result. These are the people who would otherwise not have had access to any means of cessation apart from tele-counselling, which is barely effective in helping smokers quit, so that was a really positive outcome from this study.”

For his Enhanced Scholarship, Samrat set out to extend this study beyond Mumbai to other Indian cities, but the project was cut short by the Government’s ban on vaping. Instead, he shifted his focus to see if snus, a legal product in India, could be a realistic alternative for the country’s smokeless tobacco users. Both have a similar method of intake, with users placing them under their lip, and, more importantly, snus is a well-established reduced risk product supported by decades of epidemiological evidence. This second study showed that snus was well accepted by users of smokeless tobacco and his work was noticed by Dr Marewa Glover, a public health academic from New Zealand, who invited him to join her on a study tour in Southern India to speak to tobacco farmers and bidi rollers. 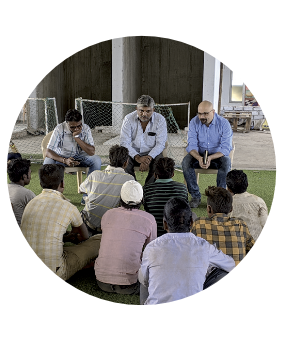 “This proved to be an extremely insightful experience. The work also helped to establish my national and international profile, and boosted AVI’s credentials as serious participants in India’s tobacco control space. In addition, the research I did as a Scholar formed a key part of AVI’s submission opposing the vape ban to the Indian Government and parts of our submission were read out by legislators during the Parliamentary debate on the banning of ENDS."

Samrat’s advocacy efforts have continued to grow in scope and impact following his experiences as part of the THRSP.

“I’ve been part of panel discussions on vape bans in low and middle-income countries on various platforms and talk shows, and K•A•C invited me to speak at the launch of the latest Global State of Tobacco Harm Reduction report, Burning Issues, in 2020, for which I also wrote a foreword. I’ve been quoted in a number of articles published in international media, from the New York Times, to Reuters and the Times of London. At home a vast range of Indian news media platforms have quoted me and published my work. Then in 2020 I was elected president of INNCO (International Network of Nicotine Consumer Organisations) with a mandate to help bolster tobacco harm reduction advocacy in developing countries during my one-year term in the role. ”