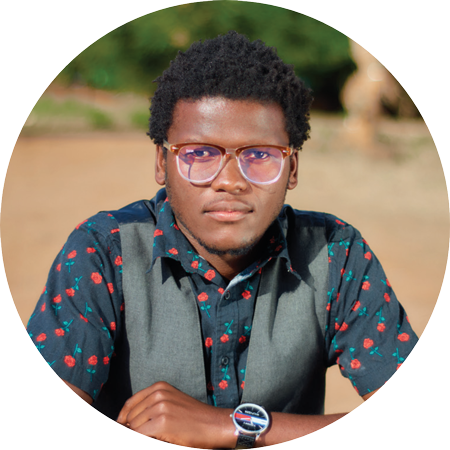 A business consultant who had been advising tobacco farmers about the potential of moving to alternative crops, Sahan Lungu is now a passionate advocate for tobacco harm reduction. He has made a documentary exploring the lack of awareness about tobacco harm reduction in Malawi and is now carrying out a project to evaluate the potential for the country’s smokeless tobacco users to switch to the safer nicotine product, snus.

One of a number of Malawian Scholars, he discovered the Programme through THR Scholarship Manager, Chimwemwe Ngoma. “When Chim was doing his first Scholarship, his project involved using online media platforms to disseminate information about safer nicotine products. He reached out to me to help him in that process, and, while I was working with him, I found out about tobacco harm reduction for the first time. I then started reading more into the subject and my interest quickly grew so I applied for a place on the second year of the Tobacco Harm Reduction Scholarship Programme. I’d planned to make a film and, as my idea was very similar to the one Blandina Nkhata had come up with, Kevin Molloy, then Head of the THRSP, suggested we combine our projects into one. That’s how we got together to create two short documentaries on smoking and tobacco harm reduction in Malawi.”

The films examined the current awareness of safer nicotine products among both smokers and health professionals, highlighting a pressing need for more education in both groups.

“The public health system in Malawi is seriously affected by tobacco-related illnesses, but little attention is paid to tobacco harm reduction. At the moment, the major focus areas of public health in the country are understandably HIV/AIDS, malaria and tuberculosis, but it’s also important to remember tobacco use is one of the leading causes of non-communicable diseases. For the first film, we therefore decided to tell our story from the perspective of a Malawian tobacco user. We wanted to talk to them about their experiences with tobacco and find out what they knew about safer alternatives. We also wanted to ask those who had successfully managed to quit smoking how they had managed to do it, while uncovering what they understood about tobacco harm reduction. Most of them were aware that smoking was dangerous, but they didn’t know that safer nicotine products even existed.

“For the second film, we interviewed public health officials. They spoke about the significant gaps that exist in harm reduction in Malawi and revealed that most public health personnel know nothing about tobacco harm reduction at all. They also told us about what needed to be done. They said there hadn’t been enough research done into harm reduction in the Malawian context to date, so that is definitely a new avenue to pursue in future.”

A documentary combining both films has been shown on two Malawian TV stations and Sahan has discussed tobacco harm reduction on a range of television programmes. He has also shared his work at conferences and met with Technical Directors from the Malawian Ministry of Health’s Non-Communicable Diseases team.

“Sharing our films with a wider audience has been so rewarding. Each media appearance gives us another chance to talk about the benefits of tobacco harm reduction. I’m passionate about the potential for our work to shape Malawian public health policy in the long term. But even something as simple as helping one person make the switch from combustible cigarettes to a safer alternative makes a difference and, as we do more advocacy, people are starting to look up to us. I now get messages through social media from smokers who’ve heard about our films. They say they’re struggling to quit and they’re asking us for help about how to do it. We are able to offer them the information that can lead to healthier choices. Tobacco harm reduction is still new for most people here in Malawi, so we’re the pioneers. Our profile is rising and the THR journey just keeps on getting more and more interesting - so I think the future looks bright.”

Looking back on his first Scholarship, Sahan was keen to pay tribute to the role played by his Mentor, Helen Redmond. “Right from the start, Helen was amazing. She’s a seasoned reporter, writer and documentary filmmaker so she was the perfect person to help us get the most out of our project. She provided very useful insights early on that really challenged us to improve our initial plan. That’s why I think the Mentor Scheme is such an important aspect of the Programme. It was invaluable for us to have someone who knew this field inside out. Sometimes as a Scholar you can be so energetic that you are going in all directions at once. It helped so much to have someone who kept us grounded and focused on the mission we were trying to achieve. We are really grateful for her input because the films turned out so well and that was in no small part down to Helen’s support.”

Inspired by the impact of his first project, Sahan, who studied for a Bachelor of Arts in Communication at the University of Malawi, progressed to the Enhanced Scholarship, where he is now testing the feasibility and acceptability of snus among women living in rural areas in Malawi who use smokeless tobacco. Snus is a widely used oral SNP in Scandinavia. Its popularity in Sweden is associated with that country having the lowest rate of smoking related mortality in Europe and half the average EU rate for smoking-related diseases. Sahan’s new project hopes to establish snus’s potential as an alternative to the more harmful smokeless tobacco products and he continues to be motivated by the impact he can have on Malawi’s smokers.

“Receiving these Scholarships has been life-changing for me. Not only have I been able to interact with people from a wide range of different backgrounds during my projects, I’ve also experienced first-hand how this work in tobacco harm reduction can make a huge positive difference to people’s lives.”

Speaking about the Programme itself, Sahan says the K•A•C team continues to have an impact on him three years after his induction at the Global Forum on Nicotine conference in Warsaw. “With all the people involved in running the THRSP, the minute you’re in a room with them and you start chatting to them, you can immediately feel they live and breathe harm reduction. Hearing them talk about the work they’ve done in public health and the wider harm reduction field is so inspiring. The K•A•C ecosystem is such a supportive one that you can’t help but be motivated by it. Whatever happens during your project, there’s no way you can claim you couldn’t do the work because you were uninspired, the blame would be all yours. They are a very inclusive team and they do a fantastic job of bringing everyone to the fore. They are the reason why graduates of the THRSP continue to talk about harm reduction after their Scholarships are finished. It’s all down to the long-lasting relationships they’ve formed with the fantastic people at K•A•C.”