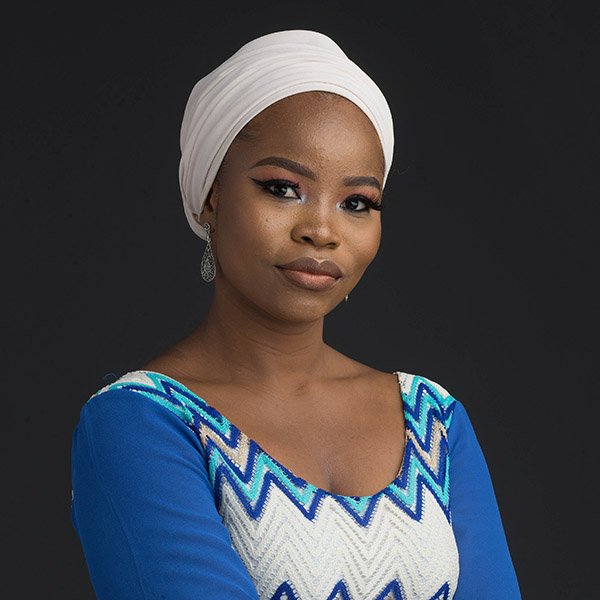 A study of more than 250 community pharmacists in Nigeria revealed most had never heard of tobacco harm reduction and fewer than one in ten had received any training on smoking cessation at all. These were the findings of research undertaken by Aishat Alaran as part of the Tobacco Harm Reduction Scholarship Programme (THRSP).

With around 4.5 million smokers and 16,000 deaths annually due to smoking-related causes, Nigeria is one of many low and middle-income countries (LMIC) in Africa whose healthcare systems are being negatively impacted by the effects of combustible cigarettes. A pharmacy graduate from the University of Ilorin, Aishat knew from first-hand experience how many smokers were unable to quit and she wanted to do something to help make a difference to their lives.

“Because of the way the Nigerian healthcare system is structured, lots of people don’t go to the hospital when they’re sick. Instead, most go to their pharmacist because it’s cheaper, more accessible and more easily available. As a pharmacist student doing my internship, I’d worked in community pharmacist settings and I’d seen how many smokers were coming in. They’d been trying their best to quit but hadn’t been successful. They were asking for help, but the pharmacists didn’t really have any solutions.”

It was therefore rather fortuitous that, during a subsequent conversation with one of her fellow students, Aishat first learnt that one answer for Nigeria’s smokers was tobacco harm reduction.

“While I was still in my last year at university, one of my pharmacist friends, Yusuff Adebayo Adebisi, was applying to the THRSP. Now an Enhanced Scholar, he told me all about tobacco harm reduction and I was fascinated. I’d never heard of THR before, but I started to follow his project and the more I learned about the subject, the more I felt it was something I could become very passionate about. As a pharmacist you can help people on an individual basis, and it is a very rewarding job, but I knew I wanted to move into public health research, where it’s possible to make a difference to a much larger number of people. That’s why I wanted to become involved in the field of tobacco harm reduction.

Aishat successfully applied to the 2020-21 intake of THRSP Scholars and her first project was titled: Smoking cessation and tobacco harm reduction: knowledge, attitude and practices of community pharmacists in Nigeria. “Once I’d learned how safer nicotine products can help people switch from combustible cigarettes, I wanted to see how much community pharmacists knew about THR and explore if they would be keen to learn more.”

“As the results of my questionnaire show, it’s clear that introducing training programmes on smoking cessation and the role of THR would significantly improve the pharmacists’ knowledge of this field. To start this process, I told them about the growing evidence base for safer nicotine products and explained, for example, that nicotine vaping products were 95% safer than smoking cigarettes. I also gave all of the participants a copy of the 2020 Global State of Tobacco Harm Reduction report, Burning Issues. But it remains the case that THR is a grossly underappreciated and underutilized concept in Nigeria.”

For her Enhanced Scholarship, Aishat is pursuing two aims.

“I will be talking directly to smokers to find out more about their personal situations. I want to know how smoking is impacting their lives. Have they attempted to quit in the past, and, if so, how did they try to do it? I will also ask them if they know about THR. For the second part of my project, I want to do a systematic review of studies conducted on the effectiveness of smoking cessation products. I want to find out about the methods people have used to try to quit smoking in LMIC like Nigeria. I know many reviews of this kind of research have been done in places like the UK, US and other Western countries, but hardly any studies have focused on what’s going on in LMIC, so I want to change that.”

Alongside her Scholarship, Aishat has been growing her voice as a THR advocate and is a Board member for the Campaign for Safer Alternatives (CASA). In February 2022, she was part of a panel discussion at the Africa Tobacco Harm Reduction Forum, an event hosted by CASA, in association with the Africa Harm Reduction Alliance (AHRA), that took place in Nairobi, Kenya.

“We were talking about the challenges for THR in Africa and I was able to share my experience as an early career researcher. I spoke about the need to boost advocacy for tobacco harm reduction while continuing to build evidence-based research, because it is this kind of research that informs policy. I also emphasised the importance of making sure that smokers are part of the conversation. You cannot exclude the consumers. In fact, they should be at the centre of everything you do otherwise nothing will work. This will only become more important as we witness the smoking rate in Africa continue to increase.”

Aishat worked very closely with one of the tobacco harm reduction field’s most prominent female researchers, her New Zealand-based mentor, Dr Marewa Glover, for her first project. But she is increasingly aware of the need for more female voices in THR.

“I’m so grateful for Dr Glover’s support. I’ve been able to benefit so much from the wealth of experience she has in this field. But it wasn’t until I started becoming more involved in tobacco harm reduction that I realised there aren’t many other women like her leading the way in this field. Before then, I really hadn’t given it much thought because my mentor was a woman, but this is an area a lot more women should be involved in. If we want to achieve equality and realise the aim of reducing the number of smokers, we need more women in THR. That’s really important, especially in Africa, so it’s something that provides even more motivation for me to play a role.”

Looking ahead, Aishat will hopefully be leaving Nigeria later this year after winning a place at the University of Cambridge to study for an MPhil in Population Health Sciences. She is excited about her future in THR but Aishat’s planned relocation to the UK is currently dependent on her finding a source of funding.

“I have applied for some scholarships, but I’m still waiting to hear back, so if there are any organisations that might be able to support me, I would be very keen to hear from them. The last three or four years have been an amazing journey and I can’t wait to take the next step. Tobacco harm reduction appeals to me so much because it falls at an intersection between public health and consumer rights. It is a field in which you can have an impact on a lot of people in your community, your country, your continent and potentially even globally. I know I can help a large number of people through THR and that’s why I’m so passionate about it.”