Elisa Correa
A filmmaker from Chile, Elisa produced a highquality short documentary on the impacts of the smoking and vaping ban in New York City Housing Authority (NYCHA) properties for her Scholarship. Elisa was introduced to the Programme by tobacco harm reduction expert, Helen Redmond, when the pair were working for Community Access, a non-profit organisation helping people living with mental health concerns.

With Helen as her Mentor, Elisa conducted interviews with a number of NYCHA residents over a period of four months. She investigated the real-world consequences of a law that meant public housing inhabitants in the city were no longer allowed to smoke in their homes or vape in common areas. Elisa also met community organisers and saw firsthand the effects of an illconsidered policy on smokers and those seeking healthier alternatives. The film featured in Filter and is now used as a learning resource for other THRSP Scholars.

Elisa said: “I hadn’t seen many people smoking in New York in general, but, when I started meeting residents of NYCHA properties, there were so many smokers and it seemed to be a problem mainly affecting those in lower income groups. Many of the people I got to know were aware they needed to stop, but they said smoking made them feel better. Then when the pandemic happened, they started to smoke even more due to anxiety. They said they couldn’t give up, even if they received fines from the authorities that they couldn’t afford to pay. Making this film, it became increasingly clear that tobacco harm reduction products had the potential to help large numbers of smokers in these buildings and elsewhere. Going forwards, NYCHA’s residents need more support and, if the aim of these measures is to reduce smoking, then the authorities need to encourage people to try alternatives like vaping. The solutions are there but the US as a whole, and NYCHA in particular, need to get better at providing the tobacco harm reduction tools that are available.”

Speaking about her Scholarship, Elisa said: “I didn’t know much about tobacco harm reduction before I met Helen, but I would love to do more in this area. I learned so much during the 12 months of the Programme and I was taught the tools I needed to be a good researcher. I also met Scholars from a wide range of different countries and I hope the network I built will help me continue to support tobacco harm reduction in future.” 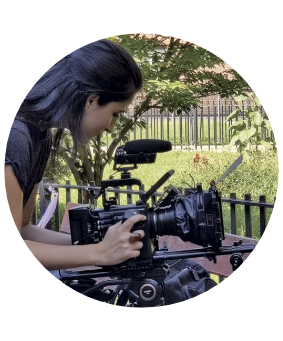 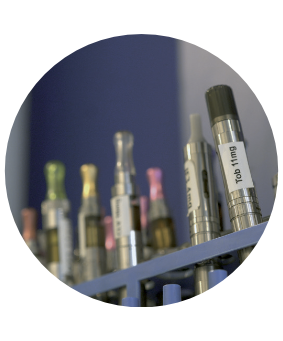