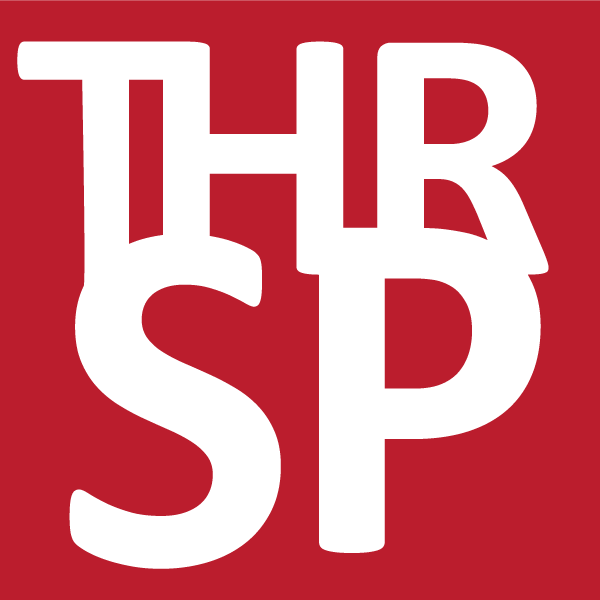 The Tobacco Harm Reduction Scholarship Programme is the jewel in the crown for Knowledge•Action•Change (K•A•C).

In just three years, the programme has had an unprecedented global impact with Scholars on six continents completing a wide range of successful projects.

We have already built an extensive new network of advocates raising awareness of tobacco harm reduction around the world and this report tells the story of our progress during the first of three years of our Programme.

Read on to find out why the Tobacco Harm Reduction Scholarship Programme (THRSP) was so urgently needed and meet some of the wonderful Scholars whose passion for education and research is changing the lives of smokers in their home countries and beyond.

The THRSP is funded with a grant from the Foundation for a Smoke-Free World, Inc. (FSFW), a US nonprofit 501(c)(3) private foundation. The FSFW has no role in the planning or execution of this project.

While prevalence rates have declined in some countries, populations have increased. The urgent need for a solution is clear.

In the following three years, joined our 12-month development programme and they have completed an astonishing variety of projects in all areas of tobacco harm reduction. We are pleased to say . This is an additional oneyear programme that provides Scholars with the opportunity to delve even deeper into tobacco harm reduction and further advance their career development.

Our Programme grounds Scholars in the theory and practice of tobacco harm reduction, while building research capacity in the field and raising awareness of its implications for global public health policy.

The THRSP’s aims are realised in a variety of ways. These include papers published in peer-reviewed scientific journals, the creation of national and international tobacco harm reduction networks, the development of toolkits for practitioners, and the production of new media resources ranging from articles and films, to radio shows and podcasts.

Scholars work together and support each other’s projects, while receiving individual mentoring from an extensive network of world-leading tobacco harm reduction experts. We are proud to say that a number of our outstanding graduates have been invited back to the THRSP to mentor subsequent cohorts.

Since its launch, the THRSP has proven a successful and cost-effective means of increasing knowledge about and evidence for tobacco harm reduction. Our Scholars have helped to disseminate credible and accurate information to policy makers and consumers alike. Read on to meet some of the remarkable people who have completed our Programme

Launched in 2018, we have welcomed scholars, from countries onto our Programme, of whom have gone on to Enhanced Scholarships.

Total number of applications for the first years is .

Overall completion rate for the first years is.

report the THRSP has been beneficial to their careers – very beneficial, somewhat beneficial

report a positive effect on their work after the THRSP – with the majority, , reporting a ‘very positive’ effect

are still working in tobacco harm reduction after completing the THRSP – part time, full time and in a voluntary role

Switching from combustible cigarettes to heated tobacco products (HTP) can boost the oral health of smokers and even increase the success of dental implants. These are the findings of two scientific studies completed by Professor Dr. Mihaela Răescu as part of the Tobacco Harm Reduction Scholarship Programme (THRSP).

The potential for safer nicotine products to help India’s smokers and smokeless tobacco users has been demonstrated in a pair of studies carried out by Samrat Chowdhery as part of the Tobacco Harm Reduction Scholarship Programme (THRSP). As well as showing vaping offers a viable alternative for the country’s 100 million bidi smokers, Samrat’s work also proved that snus could encourage India’s 200 million smokeless tobacco users to switch from harmful traditional products that are linked to 350,000 deaths annually.

A drive to reduce the harm caused by smoking in Africa has led to international recognition for one of the Tobacco Harm Reduction Scholarship Programme’s graduates. A young pharmacist with a passion for improving global public health, Yusuff Adebayo Adebisi won a Diana Award for his work to raise awareness about the benefits of safer nicotine products (SNP) in his home country of Nigeria. The Diana Award is a prestigious accolade for young people working in social action or humanitarian work established in memory of Diana, Princess of Wales. Now an Enhanced Scholar, Yusuff plans to continue his work by establishing a Tobacco Harm Reduction research hub in Nigeria.

Sahan was working as a Business Consultant advising tobacco farmers about the potential of moving to alternative crops when he discovered the Programme through THR Scholarship Manager, Chimwemwe Ngoma. For his first project he teamed up with fellow Scholar, Blandina Nkhata (see below), to create a short documentary on smoking and tobacco harm reduction in Malawi.

After helping THR Scholarship Manager, Chimwemwe Ngoma, organise events in Malawi, Blandina became very interested in the potential for safer nicotine products to help the country’s 1.1 million smokers. She successfully applied to the Programme with a proposal to create a film exploring attitudes on smoking and tobacco harm reduction in one of the world’s poorest countries. With similar aims to fellow Scholar, Sahan Lungu, the pair joined forces and they created a compelling documentary that posed questions about what affordable SNP might look like in low and middle-income countries.

A filmmaker from Chile, Elisa produced a highquality short documentary on the impacts of the smoking and vaping ban in New York City Housing Authority (NYCHA) properties for her Scholarship. Elisa was introduced to the Programme by tobacco harm reduction expert, Helen Redmond, when the pair were working for Community Access, a non-profit organisation helping people living with mental health concerns.

Smoking prevalence is extremely high among people in recovery or seeking treatment for dependency on alcohol or other drugs, with US studies suggesting anywhere from 49% to 98% smoke. Yet, as John de Miranda revealed in his first Scholarship, treatment programmes often look the other way on smoking, despite its high health risk. John teaches alcohol and drug counsellors in his role at the University of California, San Diego. He saw an opportunity to change things, and developed the Smoking and Recovery Toolkit during his Enhanced Scholarship. It aims to give individuals and service providers the resources they need to address smoking rates using a tobacco harm reduction approach.

With a total of nine Scholars and four Enhanced Scholars over the first three years of the THRSP, Malawi has benefited from significant investment from the Programme. This support has been rewarded both with excellent results for individual Scholars and with broader high-level impacts, including, in 2020, a commitment from the Ministry of Health to incorporate tobacco harm reduction elements in forthcoming national policy. But why focus on Malawi – and what’s behind the Programme’s success here?

The Context: an Economy Tied to Tobacco

✓ Malawi is one of the world’s poorest countries, with an economy that is heavily dependent on agriculture.

✓ 65% of the country’s GDP comes from the production of tobacco, which employs an estimated 75% of the population.

✓ Families depend on tobacco as a key income source; it may be the only crop they grow.

✓ Global demand for tobacco is in decline, leading to ever lower market prices.

✓ As a mainstay of the economy, tobacco is deeply politicised.

✓ Consequently, while smoking is a common risk factor for non-communicable diseases in Malawi, tobacco control structures and support for smokers to quit are lacking.

✓ Recently the Government of Malawi has been leading calls for agricultural diversification, with tobacco farmers encouraged to move to crops such as groundnuts, soy beans or industrial hemp.

✓ The scale of the economic transition required is substantial – but the political will is there.

"We need an exit strategy to transition our farmers to crops that are more sustainable and more profitable. I am calling on the Ministry of Agriculture to begin consultations with all stakeholders to come up with a timeframe within which Malawi’s economy will be completely weaned from tobacco."

Dr. Lazarus Chakwera, President of Malawi, speaking at the opening of tobacco trading season in April 2020.

The success of these first two Malawian Scholars was recognised when both were chosen for Enhanced Scholarship places the following year. Thanks to their outreach, around 40 applications were received from the country for the 2019 Programme, leading to the recruitment of five new Scholars whose projects examined:

Two Malawian Scholars began their projects in the first year of the Programme. Wilfred Jekete considered the potential health and socioeconomic impacts of THR in Malawi while Chimwemwe Ngoma established the information dissemination campaign THR Malawi as a powerful online and social media presence (see below).

Since 2018, a comprehensive and sophisticated network of mutually supportive Scholars and ambassadors has grown from nothing, mainly under the aegis of THR Malawi. A well-functioning tobacco harm reduction network has been established in a country which does not have tobacco control structures.

Chimwemwe Ngoma set up THR Malawi as an information dissemination project during his first Scholarship in 2018. He reflects on the organisation’s development.

“THR Malawi has evolved from an information dissemination project into a consumer group, registered with the Malawi Government. We’re here to break the misconceptions some people have around safer nicotine products and how they relate to reducing smoking harms in Malawi.

“We participate in local and international conversations on tobacco harm reduction. Scholars in Malawi work together to maximise impact, and THR Malawi has recruited 101 THR volunteer ambassadors, some of whom have gone on to become Scholars in their own right. We’ve introduced journalists and health professionals to the concept of tobacco harm reduction at workshops, which were also attended by officials from Malawi’s Ministry of Health.

“In 2020, the Deputy Director for Non-Communicable Diseases at the Ministry expressed a commitment to and made a public announcement about the Ministry’s intention to incorporate the use of tobacco harm reduction products in their mental health and capacity strategy. This felt like a major step forward, for THR Malawi and for the future health of our country’s people.”

THR Malawi plays an active part in national and international conversations about tobacco harm reduction, partnering with the pan-African Campaign for Safer Alternatives (CASA), the International Network of Nicotine Consumer Organisations (INNCO), the World Vapers’ Alliance, EU for Snus and other groups.

In 2019, representatives travelled to Kenya to attend the CASA launch and, later that year, THR Malawi hosted a conference in Lilongwe, with a range of regional and international speakers including Patrick Kuyokwa, THRSP Scholar, Gregory Conley, President of the American Vaping Association and Jon Derricott, the THRSP Programme Manager.

THR Malawi has also hosted launches for K•A•C’s Global State of Tobacco Harm Reduction (GSTHR) project. A two-day event for the Malawian launch of the No Fire, No Smoke report was attended by government representatives, academics, farmers, advocates, NGOs and journalists, and in 2020, THR Malawi co-hosted the global launch of the second GSTHR report Burning Issues with a live-streamed event.

As well as continuing to direct the activities of THR Malawi from Lilongwe, Chimwemwe Ngoma has recently joined the team as THRSP Scholarship Manager. 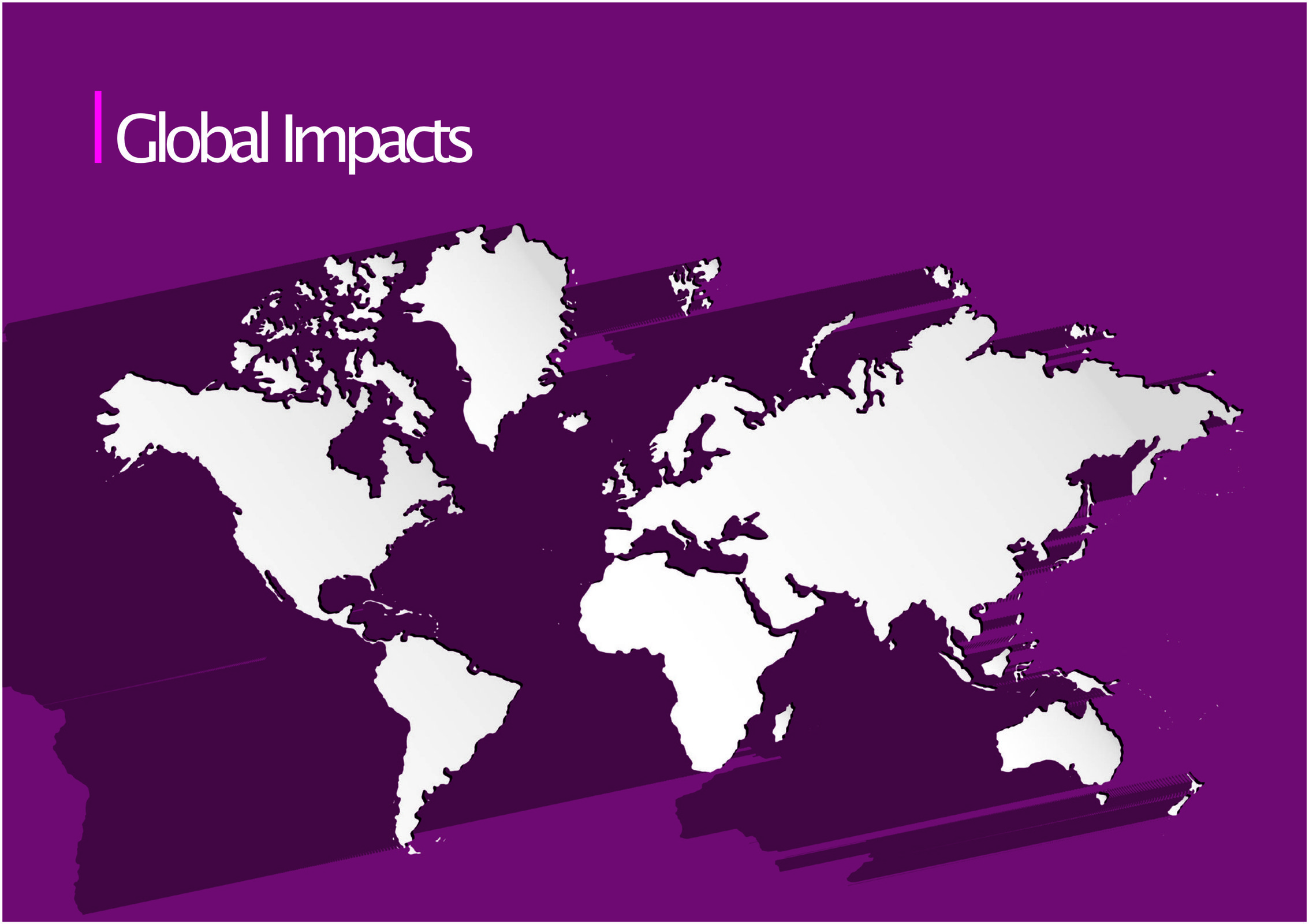 The THRSP is a truly global programme. So far, Scholars have been based in the 33 countries shown on the map above. Here are just a few of their achievements to date.